Winston is back! The cry that greeted the great leader’s return to the Admiralty in WW2 rings out again as the old bulldog scowls his way across the new fangled fiver. And he’ll never wear out because it’s waterproof. But what will this mean for us mere mortals? The new polymer note should last 5 years so if you can eek it out that long it should outlive your wallet. Just when we thought that cash spondoolicks had been driven from this land by the plastic card it comes back scrapping like a pitbull. And there’s more to come – £10 and £20 notes will follow culminating in the £1 million pound note for the lucky lottery winner.  However, his famous quotation  on being made Prime Minister in WW2 – “I have nothing to offer but blood, toil, tears and sweat” now seems highly unlikely with the new moola. Apparently real money carries enough germs to start a chemical warfare factory so now your fingers won’t get all infected as the new notes are wipe clean and washable. That’s a brand new slant on money laundering.

But are these notes destined to last any longer in the new world of paperless transactions? With the likes of Apple Pay wouldn’t it just be easier to download a £5 app and do away with cash altogether? Some people just like to carry a wad to drag out at the bar or the bookies so that they can peel one off  and then roll them back up and tuck them safely away. Will bankers still be able to snort cocaine though a rolled up plastic note? 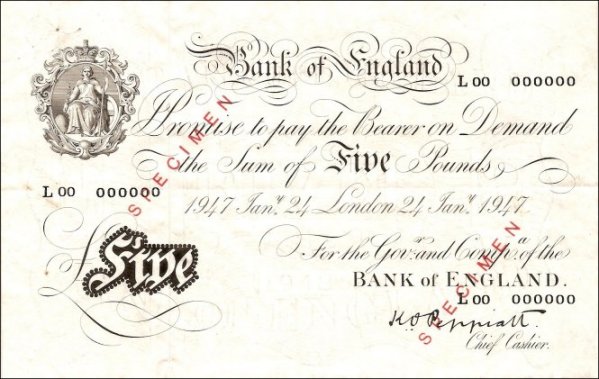 g the currency as it flushes out all the ‘black’ cash stashed under people’s beds and in safety deposit boxes. It also makes it easier to make the notes just that little bit smaller so you won’t notice how much less it buys. Original banknotes were beautifully scripted on white paper as big as a handkerchief by a man like Bob Cratchett carefully inking in all the ‘promise to pay the bearer’etc.  and looking almost as if the Chief Cashier signed them all himself. 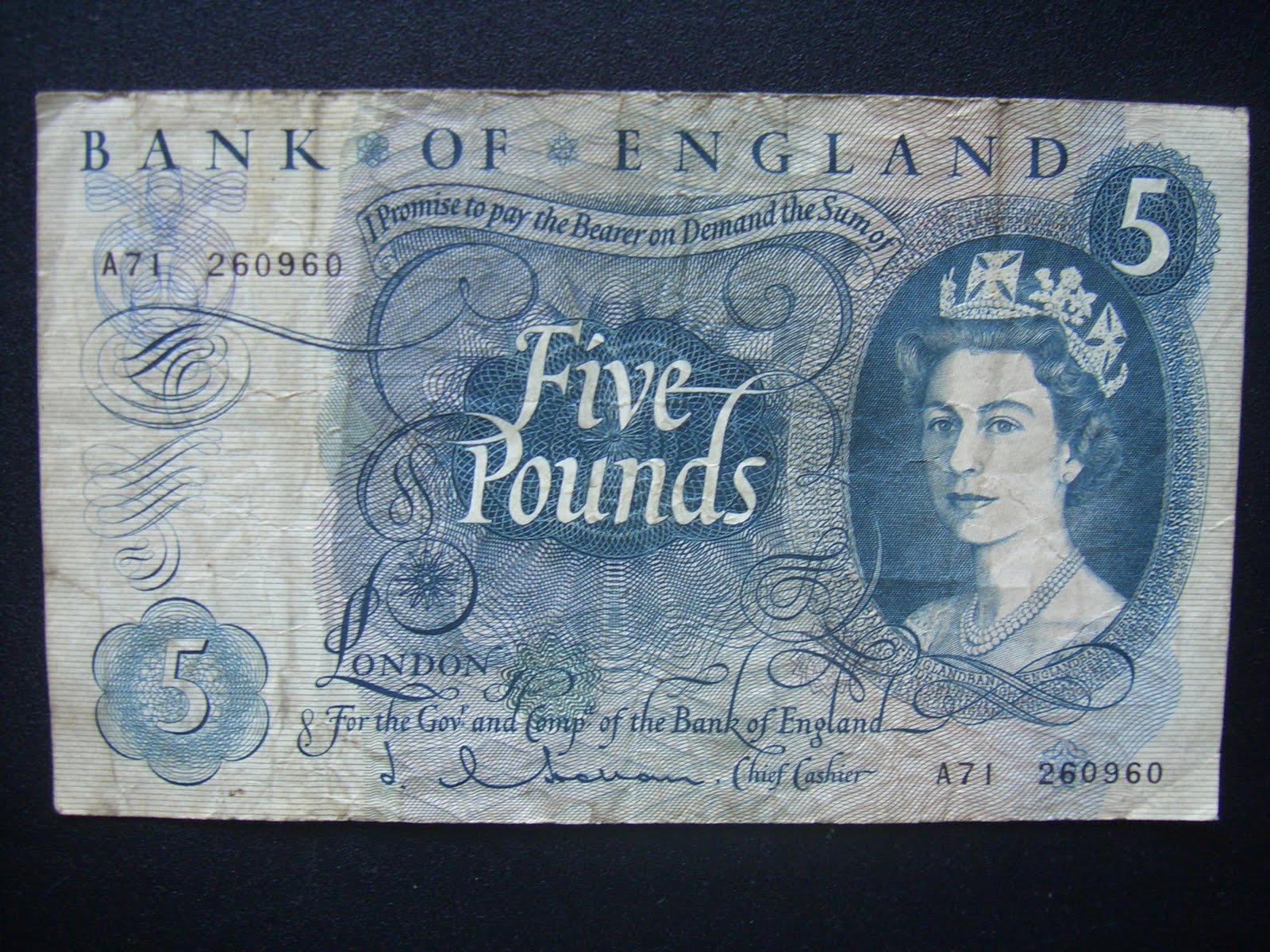 These were changed when it was found that they were ridiculously easy to forge so were replaced by the ‘Blue’ fiver. This still had delusions of grandeur on a mildly smaller scale until even this was pensioned off and replaced with the ‘monopoly’ fiver which perhaps some of you youngsters may recognise. 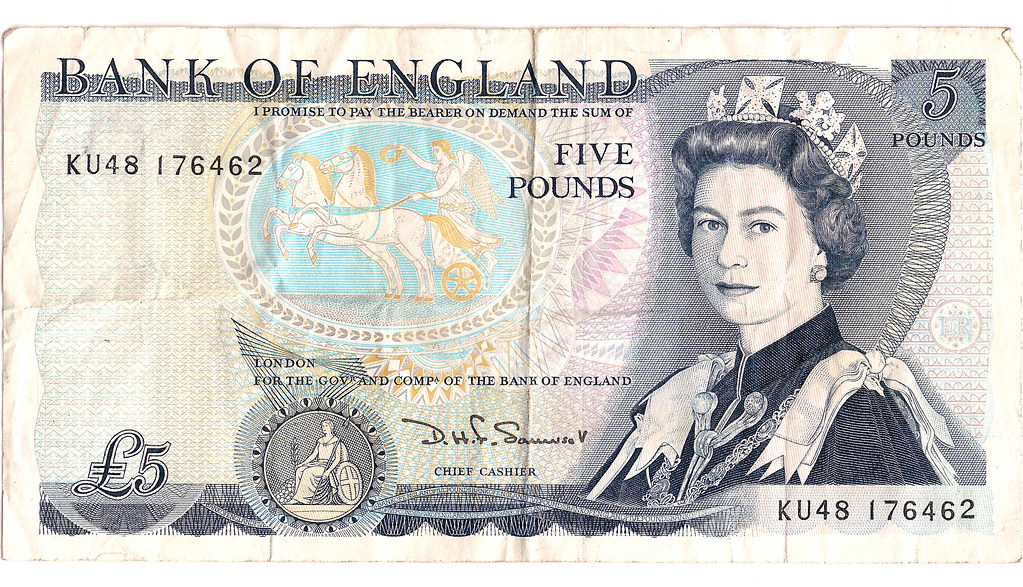 And what would Winston say about it all?

‘Never has so much be owed by so many to so few’ and never a truer word spoken.